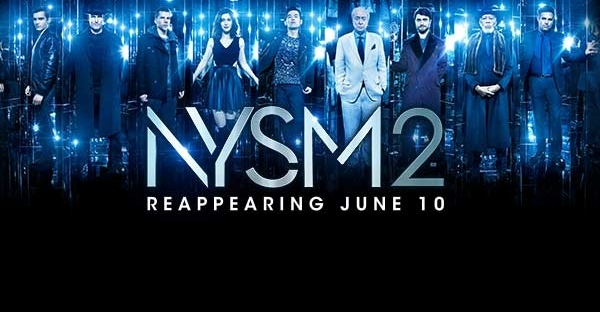 Hey guys, how’s it going? Rahul here coming in for a brand new blog. Hope everyone’s week has been awesome. I went for Now You See Me 2 yesterday and just decides to blog about it. So let’s begin!

This thriller film was directed by Jon M.Chu. It is a sequel for the 2013 film ‘Now You See Me’.

The Four Horsemen resurface and are forcibly recruited by a tech genius to pull off  very difficult mission.

Ok, honestly guys I haven’t even the first Now You See Me. But the way I see it, it doesn’t even matter. You can understand the movie without even seeing the first one. A bit of comedy, amazing acts. Tells us that magic is all about the tricks and shows us just how hard it is to pill off these tricks. The movie is really fun to watch and probably only a one time watch. Honestly there is one scene that is just so awesome (no spoilers). But, you should go check it out!