Hey guys, how’s it going? Rahul here coming in with a brand new blog. Hope everyone is having an amazing week. My grandparents are coming over tomorrow so that’s exciting. But, A LOT of studies going on so it’s SUPER tiring. So let’s begin!

So, I started this show much later than most people would’ve and much after the hype has died. But, I felt, as season 2 is approaching, I would finally begin this show that all my friends have begged me to. First impression: do not regret starting it!

Yes, that picture perfectly explains most of my friends going ‘I told you so’ right at this very moment. Into the starting of the show we are introduced to the main plot of our show. An accident (that we all know is going to turn out to be a murder) takes place leaving the family and town devastated. Introduction of our main characters, Betty, Veronica, Archie and Jughead. Yes, all the characters from our very beloved Archie comics (cause who doesn’t remember that). Not complete with our favorite Pop’s restaurant. Oh wait, only one twist. This isn’t related to the comics at all apart from the names.

As the show progresses though, we are given some drama and some nice mystery. Firstly, with Archie having a spicy affair and the “accident” finally coming into play. The occasional nonsense here and there about cheer leading and a welcome back dance takes place but that’s beside the point. The show displays how ‘hot’ their character choices are but take us to a more intellectual point as to what happened the night of the murder. The show does take a turn for the better.

The show further reminds me about the good acting that there is in American television and how much they try to focus on the realism which I absolutely love. The episode is 45 minutes long which is just wayy too long and there was just too much to cope up with in one episode but it was a good 45 minutes. The ending really had me at ‘oh damnnnn!’. 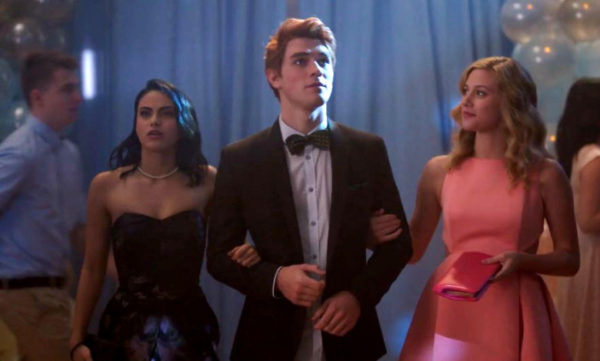 I do feel that the dialogues in this show are VERY crucial and that compared to Death Note this mystery couldn’t possibly compare. But, the show will cover up for that with great acting and directing which I am really looking forward to!